State of the industry: Dairy

Dairy processors have grown tired of being squeezed out of the refrigerated and frozen dairy departments by plant-based products. Thanks to consumers’ quest for more protein in the diet and research showing that fat is back, dairy marketers are upping their game and fighting back to gain control of dairy departments.

Cheese is the one category where alternatives have little power. It’s currently impossible to reproduce — or even come close to — the flavor, melt, mouthfeel and stretch of cheese. Consumers know it.

U.S. cheese consumption is at an all-time high. The U.S. Department of Agriculture’s Economic Research Service reported that in 2016, per capita consumption of natural and processed cheese varieties reached 43.6 lbs. Natural cheese consumption, specifically, was 36.6 lbs, an increase of 12% since 2006. This includes cheese purchased at retail as simply cheese or in prepared foods, as well as consumed through food service. 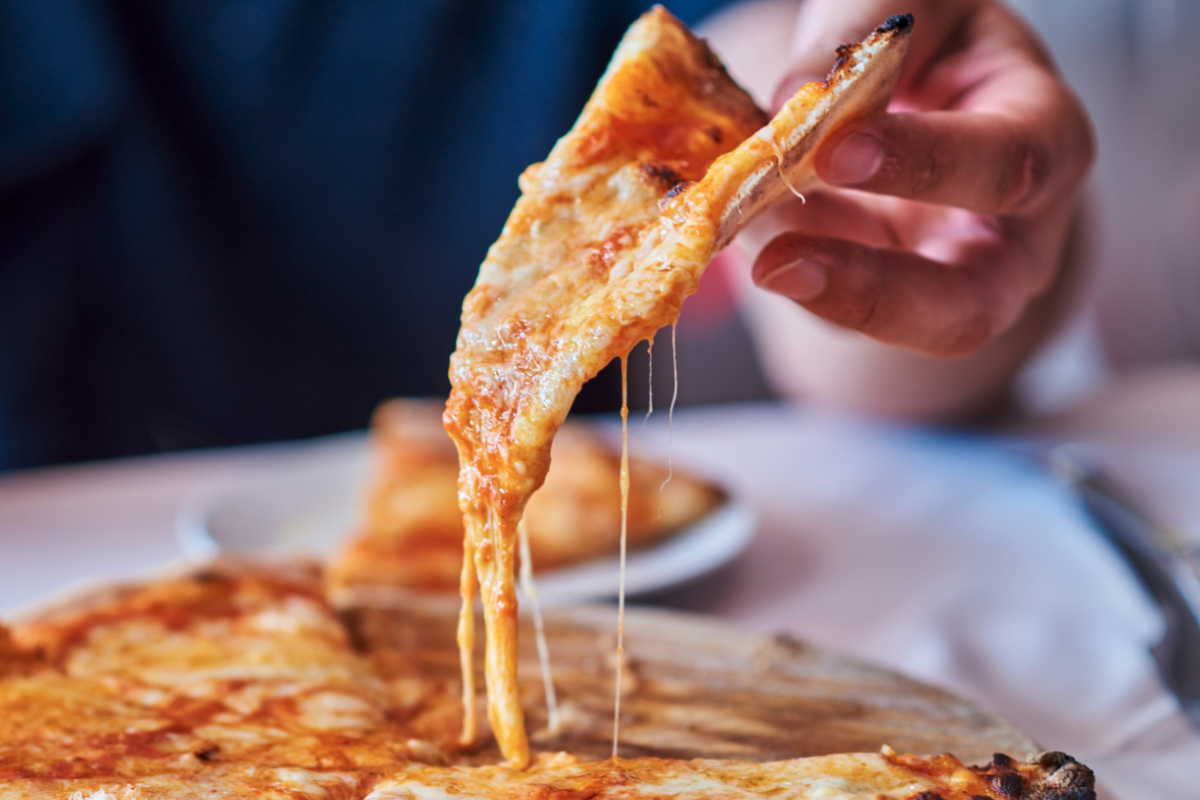 In fact, while The Hartman Group, Bellevue, Wash., reports that 54% of consumers would like to eat more plant-based foods and beverages, this does not mean they want to give up dairy, in particular cheese. Many vegetable-centric prepared foods rely on natural cheese for flavor, functionality, and nutrition.

Consumption growth reflects cheese’s versatility. When not on center stage, cheese works well in supporting roles in just about every application. Traditional favorites such as cheddar and mozzarella comprise more than half of all-natural cheese consumption, according to the U.S.D.A.

Retail dollar sales of natural cheese increased 0.9% for the year ended July 15, 2018, according to data from Information Resources, Inc., a Chicago-based market research firm, ringing in at $12,752 million. What the data do not show is how volumes of cheese are being purchased in formats not registering as cheese sales. There are multiple placements of cheese around the perimeter of the supermarket, beyond the dairy and deli departments. Examples include the many varied forms of protein snacks, where the cheese gets paired with meat, dried fruit, nuts, hard-boiled eggs, fresh fruit, and even deli-made fanciful charcuterie trays.

Beyond cheese, dairy products are feeling the heat from the many varied alternatives now in the market, but because research shows that many shoppers buy both dairy and plant-based options, many dairy processors now offer non-dairy options to keep shoppers buying their brand.

“Vegetarians and vegans together account for less than 15% of all consumers, and their numbers do not grow very rapidly, but a growing number of consumers identify themselves as flexitarian or ‘lessitarian,’ meaning that they’ve cut back on their consumption of animal-based foods and beverages,” said David Sprinkle, research director for Packaged Facts, Rockville, Md. “It is this group that is most responsible for the significant and ongoing shift from dairy milk to plant-based milk.

“The point of non-dairy is to be non-dairy. Our research shows that among non-dairy milk alternative buyers in the U.S., only 5% are watching their diet for lactose intolerance, and only 11% are vegetarian/vegetarian-leaning. In contrast, 82% of these non-dairy milk buyers also buy dairy milk or half-and-half.”

The group that avoids milk solely because of lactose is a segment that the dairy industry wants to bring back and retain. Hence the reason a growing number of processors are eliminating lactose — a disaccharide unique to all mammalian milk that some consumers are unable to properly digest — from dairy foods, in particular milk. Consumers are drinking it up. In 2017, lactose-free milk volume sales were up 11.5%, according to I.R.I.

Despite the fact that total fluid milk retail volume sales were down 2.4% in 2017, there were a few bright spots beyond lactose-free. Grass-fed (all fat levels) was up 47%, omega-3 fatty acid enhanced milk was up 3.8%, as were flavored milk.

As part of the fat-is-back trend, whole-fat milk volume sales showed 2.9% growth in 2017, and consumers’ appetite for protein is reflected in the 8.3% retail volume sales growth of higher-protein refuel-type milk.

The protein content and quality of milk — and dairy products made from milk — remain an important selling feature. Shoppers associate protein with a wide range of functional health benefits. This view is fueling protein’s strong health halo and driving consumer action globally with nearly 80% of shoppers interested in protein, according to research from HealthFocus International, St. Petersburg, Fla. The study showed that all protein is not the same as 60% of shoppers have specific preferences when it comes to the sources of protein they consume. 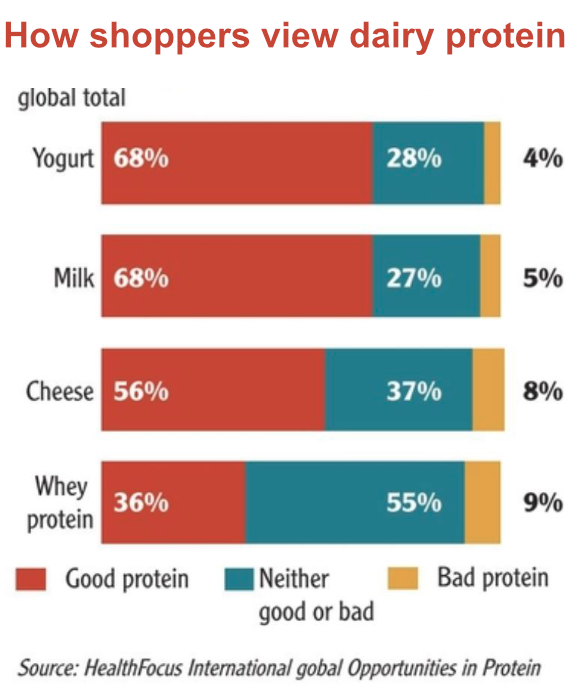 Dairy foods and dairy proteins are viewed favorably, with more than two-thirds (68%) of shoppers surveyed identifying both milk and yogurt as good sources of protein. More than half (56%) recognize cheese for its desirable protein content, too.

The higher protein content is what fueled Greek yogurt’s impressive growth over the past decade. However, as many food and beverage manufacturers jumped on the protein bandwagon, consumers appear to be mixing things up, which has led to a decline in sales.

The fat-is-back phenomenon also is playing out in the yogurt category. Whole milk yogurt closed out 2017 with almost 18% growth as compared to 2016, according to I.R.I., while fat-free yogurt saw the greatest loss (-10%). The share of the market going to whole fat yogurt grew three percentage points in 2017. Much of this growth is attributed to new premium products that have entered the market, many positioned as satiating snacks and decadent desserts.

Another bright spot is yogurt drinks, which include kefir and yogurt fruit smoothies. Sales volume was up 14.8% in 2017.

Some of those high-protein yogurt consumers may have switched over to ice cream for their protein fix. Yes, ice cream, but not the familiar super-premium, inclusion-laden decadence typically found in retailers’ freezers, rather the new breed of low-fat, low-carbohydrate, high-protein pints and novelties intended for refueling and satiating snacking. While the retail ice cream market has been relatively flat for the past two decades, these high-protein ice creams and portion-controlled snacks have the category up 2% for the year ended July 15, 2018.

Lastly, butter consumption continues to grow as consumers embrace fat and prefer their spread to be more naturally made. Annual per capita butter consumption increased 1 lb in the past 10 years. In 2017, Americans ate 5.7 lbs of butter, compared with 4.7 lbs in 2006, according to the U.S.D.A.